Executive derailment and overplayed strengths: the role of coaching

How many of us have coached people who have somehow plateaued in their career, they have stalled or are referred to a coach because of ‘performance issues’? I’ve coached several people who have been in this situation and the common theme that seems to connect these coachees is their surprise and denial. 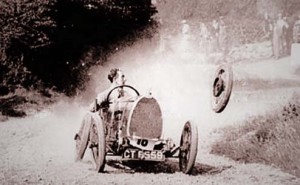 The surprise comes from the turnaround in circumstances. Until recently they were high performing, on an upward career trajectory, receiving significant bonuses.  However, now they are not getting the results they expected or they are no longer rated as A1 or high performer/high potential in their appraisal. Something has changed, but what? It can’t possibly be their responsibility.

Yet this is the whole point. As people progress in their careers behaviour is positively reinforced by promotion and bonus payments. Habits are formed and embedded. This serves the individual well to a point but then there is a change and a risk of inflexibility.  This change can be a further promotion that requires less technical knowledge and more ‘leadership’ ability or the market conditions change requiring a new approach. The positive impact of behaviours, valued and rewarded in the past, are gradually reduced. But often nobody says anything.

The individual thinks it’s just a phase and if they rely on their experience it will be OK; “Try harder, try even harder, use my strengths more.” The individual becomes a caricature with exaggerated behaviour. But they are digging a deeper hole – ‘do what you’ve always done, and get what you’ve always got.’ The line manager notices that results aren’t being achieved, targets not hit, maybe good team members leave because of difficult work relationships. However, nobody says anything to the individual, hoping it’s a passing phase.

It is like the Emperor’s new clothes. Nobody speaks the truth, however obvious to see (see page 49 of Challenging Coaching). This is when a coach can speak their truth and provide feedback and declare that the Emperor has no clothes! This is a challenging conversation going into the zone of uncomfortable debate. The individual concerned is likely to be in denial and not accept an alternative reality. But the coach can hold the tension and challenge. The individual’s perception is not the truth, there are alternatives which are equally valid.

360 feedback tools are particularly useful in this situation. Once there is awareness, change can take place through the development of new behaviours and approaches, step-by-step reinforced by success. The role of the coach is to support and challenge on this journey.

Although I have coached several people in this situation, I would prefer that the situation be avoided through line manager feedback that is open and honest addressing issues in the moment, not allowing things to drift. Holding a difficult conversation is more effective than hoping the problem will solve itself.

What is your experience of coaching people to avoid derailment and overused strengths? Post your thoughts on the Challenging Coaching Linked In Group.

As we have over 60 blogs on the site we now have a blog index that we hope you will find useful.

Get feedback from your coachees on your challenging coaching skills with the on-line 360 feedback tool.

Ian Posted in News and Muse