Turn the Ship Around – David Marquet : From Commander to Coach

‘Bosses get people to do, leaders get people to think’ – this was the central theme from David Marquet’s presentation to the Vistage CEO community at a recent event in London. The session was based on Marquet’s best-selling book ‘Turn the Ship Around’ which tells the story of how he transformed the USS Santa Fe submarine from the worst performer in the fleet to top performer within two years. Because of Marquet’s credibility as an ex-US naval captain, it is a story that gets you to sit up and listen. In one of the most top-down ‘command and control’ institutions on the planet, how did Captain Marquet shift from commander to coach?

The pivotal moment occurred when Marquet was re-assigned at short notice from the USS Olympia to the USS Santa Fe. He had spent 12 months training to captain the USS Olympia; he knew the ship back to front and he knew the crew inside out. That knowledge allowed him to give orders and to rely upon his expertise as boss. Suddenly, he found himself standing on the bridge of the USS Santa Fe, a totally different class of submarine, leading a crew who were complete strangers to him. Stripped of knowledge, Marquet found that he had no option but to shift from commander to coach. He stopped giving orders and he started asking questions. 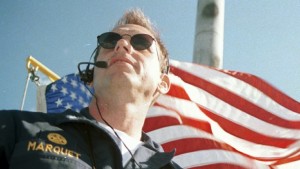 The lesson struck home when, in the early days of his command, he told his first officer to power the submarine ‘ahead 2/3rds’. He heard his first officer relay this order to the engine room and then noticed that nothing happened. ‘What is the problem?’ he asked the first officer. ‘The problem, Sir, is that there is no ahead 2/3rds setting on this submarine’. ‘So why did you tell the engine room to take that action?’ Marquet enquired. ‘Because you told me to, Sir’ was the blunt reply. The first officer was not required to think; he was just taking orders.

Many executive leaders will remember similar defining moments when they abruptly encountered the limits of the ‘telling’ mode of leadership and were faced with the daunting task of re-wiring themselves as coaching leaders; leaders who challenge people to think rather than tell them what to do. As Marquet wisely advised us, this is not simply about empowerment. On its own, empowerment generates chaos, confusion and fragmentation. A coaching style of leadership is most effective when two supporting pillars are in place:-

For naval workers on a nuclear submarine it is clear they will need to be trained in the technical know-how of specific engineering and operational tasks. However, we can often take technical know-how for granted in commercial roles where we assume knowledge and competence in our colleagues. When it comes to organisational clarity, Marquet referenced the work of Simon Sinek whose ‘Start with Why’ philosophy we featured in an earlier blog post. In essence, when people are qualified in what to do and the objectives of an organisation are clearly understood then leaders can push decision-making down the hierarchy by adopting a coaching style of leadership.

To check your own coaching initiatives against Marquet’s benchmark, consider the following questions:-

A coaching style of leadership is certainly a powerful tool, but if you really want to turn the ship around you will need Marquet’s organisational discipline as well as his individual passion.