I heard the story that Benjamin Zander conductor of the Boston Philharmonic Orchestra and faculty member at the New England Conservatory, awards a year grade ‘A’ to all of his students. More surprisingly, this grade ‘A’ is awarded at the start of the year rather than at the end!

Benjamin Zander tells his students that their grade for the year is an ‘A’. This is on the condition that his students write a letter to him within the first 2 weeks of starting the course, but the letter must be dated next May. In this letter he asks his students to state what they did to achieve the ‘A’ grade, and to write about the person they will have become by the end of the course.

This sounds a pretty easy course, being awarded an ‘A’ grade by just writing a letter. Time to go home and put your feet up as job done!  But the whole point of this approach is to challenge people to start a journey that is as important as the destination. This encourages people to think about their unfulfilled potential and who they could be, and consciously identify the specific actions they need to take. This is a challenge to start working towards a courageous goal with the belief that anything is possible.

Benjamin Zander’s approach also encourages people to reflect on their mindset; the thoughts and beliefs they have about themselves. Do they start an undertaking by thinking “I’m average, so it’s OK to get an average grade”, or “other people are better than me, so I won’t try to be as good as them”. These are limiting beliefs that stifle greatness. His approach challenges people to think about possibilities, to stop questioning whether they are good enough. There is no ambiguity, there is no uncertainty. The assertion is made, “you are great, so just do it! 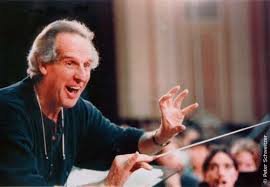 Click on the picture to view Benjamin Zander on You Tube.

So, as coaches, we could ask our coachees to consider their equivalent of an ‘A’ grade. “OK, 12 months from now it is guaranteed that you will have achieved your courageous goal, what would you do tomorrow?” or “If it was certain that you would achieve your promotion, how would you act and what would you do?” Questions like these force people to consider possibilities rather than barriers and inhibitors. This also encourages people to think in a positive achievement focused mindset, avoiding the self-doubt mindset.

If achievement was guaranteed, what would you do?

Post your thoughts on the Challenging Coaching LinkedIn Group.

As we have over 90 blogs on the site we now have a blog index that we hope you will find useful.

Ian Posted in News and Muse